JaVari Bates opens up about football, his college opportunities and plans on career in the NFL. Since the original story about how Detroit PAL and AYF football saved him from the streets, he is now making plans on his future in football. This past football season was his first as a player for his school’s football team. Currently he is a Detroit Cody Comet and plays safety and wide receiver. Bates took a hard hit early on in the season and became injured causing him to have only played in five games, averaging 3 tackles per game. 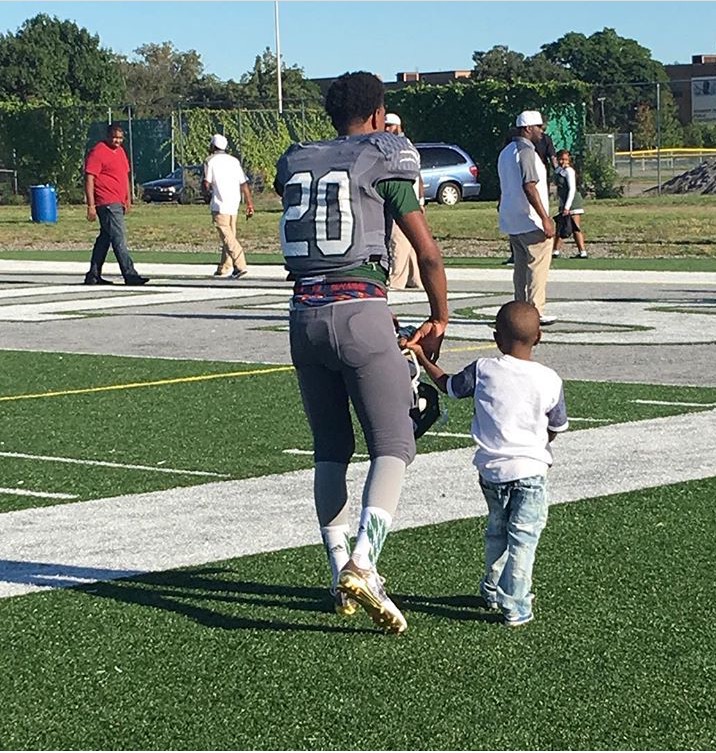 “Right now I am trying to talk my mother into letting me work, she is not having it. I keep telling her that I need my own money. She would rather me work hard and get into college, so I’ll do that for her and make her proud, but after a couple of years I have to try and go pro,” says Bates.

Bates is just 15 years old and has already started getting letters from colleges. He has been scouted by The University of Delaware, Lincoln Nebraska, and The University of Colorado. He is very excited to have offers and plan to work hard in hopes to have letters from Boise State or Wisconsin. Currently Bates is running the 200-meter dash to stay conditioned for his upcoming football season and hopefully get his 4.4 40-yard dash time to a faster speed. His plans are to play college football for two years and then enter the draft to start a cash revenue.