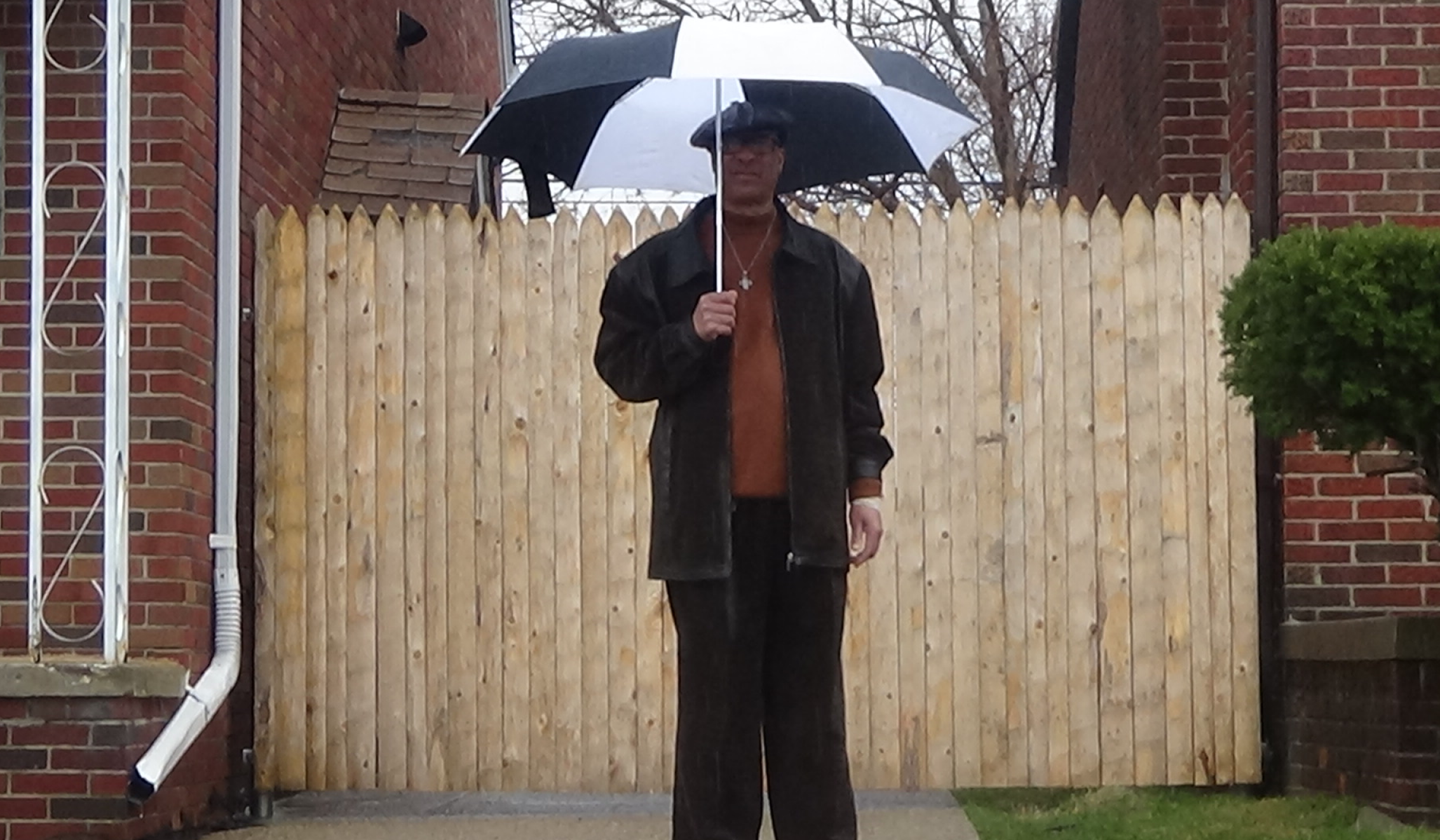 Drug Abuse is an issue that have been taking over many urban cities in the United States of America since the early 70s and have been an issue since. Mental Illness have been named as one of the major causes of drug abuse. In the past people were just being treated for drugs and not for the underlying problem that caused the abuse. Now and days there are many programs that work with individuals to treat both the mental illness and the drug abuse such at the Behavioral Center of Michigan located in Warren, MI, where the treatment works hand-in-hand.

Photo of the main office for Detroit Rescue Mission Ministries

The Detroit Rescue Mission Ministries along with many other organizations in the city of Detroit work together to keep people safe and off drugs. There are many different programs offered and half-way houses that are setup so that people can be successful before, during, and after their program. Many of these non-profit organizations cater to the person’s individual needs, understanding that everyone is different, treatment is catered to the individual person’s needs. DRMM has several locations across the city of Detroit that are set up to assist people and their needs. They have Genius House 1-3 and the Christian Guidance Center for men and women, these are places where they can go for treatment, have meetings and also have a safe place to sleep. According to the Facebook page for DRMM, in 2016 963 men and women received mental health and substance abuse treatment.

Vernon Bryan is a resident of Detroit that has been in the treatment program and is a witness that it works. “It used to be hard for me to talk about my life but now it is something that helps the lives of other young men. When I was on the street, I never thought that programs like this worked because so many people that I ran with tried before. One day I knew that I could not live like that anymore, that I had a family and needed to be a better man for them. I called the number, they sent me to CDC (Christian Guidance Center) and I went through the program. From there I stayed in another home that I am now employed through an able to help other people like me. It’s like a second chance at life,” says Bryan.

Drug and alcohol abuse have been on the rise in Michigan and about the national average, since 2003. With many efforts in many different cities to keep the streets clean, it seems that each year it there are new drugs being introduced, or something easier to access. It’s not just up to law enforcement, but also the community. Community outreach programs are designed to help, but they are non-profit and many of them depend on donations or partnerships. “We partner with hundreds of churches, para-churches and for-profit corporations who send us volunteer groups. Because of that we have over 300 men and women graduating from various life-changing programs next month, this is what we are here for,” says Rev. C. Paschal, director of Spiritual Life and Public Relations for DRMM. 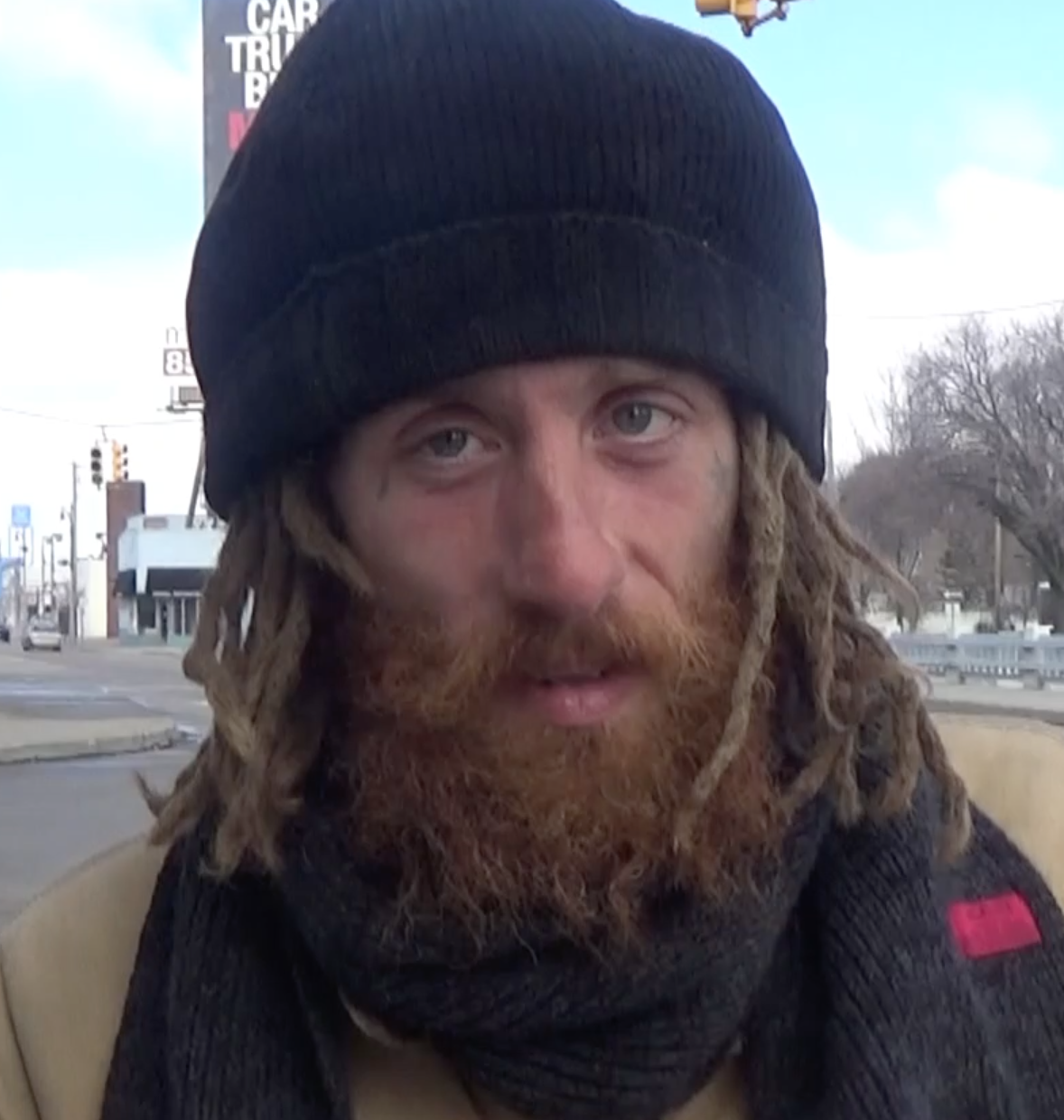 Dale A. a homeless man that has been living on the streets of Detroit for going on 4 years now, due to dysfunction in his family

The city of Detroit has a growing number of people living on the streets or in need, and many different community service organizations have pitched in and are offering services to people in need. In 2015 there were more than 69,000 people in the State of Michigan reported homeless during homeless week November 12th-20th. Due to a growing number of donations and community outreach that number has gone down, and the city of Detroit hopes to keep it down.

“I can remember my first time seeing someone homeless and asking my mom questions about what was going on with the man. At first I thought it was a game almost, I didn’t understand that the person was homeless, and I never thought that it would be me. I can remember wondering why people were so cruel to the guy, he just sat outside the local store not bothering anyone, but now I wonder when kids look at me if they are thinking the same things,” says Megan Zuwinski.

This winter have not been easy on the people living on the streets of Detroit, there have been many churches that have opened their doors as emergency warming centers for people living on the streets and with no heat. Because there are so many people and so little resources, many of the homeless find shelter an abandon homes or buildings with hopes that blankets will keep them warm.

“I have been to warming centers and shelters but it is hard to go with Meagan, usually they want to separate us because we are not married. Many times we try to make enough money so that we can afford to get a room for the night at a cheap motel, if not we find an abandon house and make the best of the situation. Many times I have wanted to go to different places for help, but with no ID or way to verify who I really am to the people, it is hard for me to get the correct help that I need.” says Dale A.

Detroit Rescue Mission Ministries, COTS, and many other organizations have teamed up with the Detroit Homeless Coalition to help keep the homeless safe and warm. To find out how to donate or volunteer to any of the organization in partner with the National Homeless Coalition, you can visit them at http://nationalhomeless.org there will be a list of all organizations affiliated along with how to contact them.